This post is sponsored by the DIYZ® app. All opinions written below are mine. Thank you for supporting the brands that encourage my creativity and work.

Need to give your plain, unframed window a new look? With $10 and an afternoon of fun, you can give any window a total makeover to complete the look you want! As you know, we’ve completely renovated the Studio, and the kitchen is where we spent the majority of our budget. Ironically, this inexpensive project was one that I most feel, completed the look for the room.

I had been eyeing tons of farmhouse windows on Pinterest, but I knew that the modern kitchen look I was going for, needed something a bit edgier. With so many tutorials online to build the same thing, just in different ways, I wanted to make sure we built out the trim the right way the first time.

That’s where the DIYZ app came in. It’s an app that offers a lot of step-by-step instructions accompanied by tutorial videos of many projects. The videos showed us how the professionals would build a frame for our windows and we were able to create them for our kitchen (and the rest of the house) without any hiccups. Of course, should one need advice from a licensed expert along the way, the app also has a video-chat feature that allows users to get professional advice in real-time at any point during their project. Thankfully, the directions for my project were crystal clear, so we did not need them this time. After drawing out a simple version of the frame we wanted and taking all measurements, Eric and I hit the miter saw. Well, Eric mostly, I took more of a management role and made sure he stayed on task.

And wow, you guys… what a huge difference $10 in lumber and an afternoon of painting can make!! The original kitchen had a window in the same spot, but we covered it up during re-framing of the room thinking that we would do a different kitchen design. Just a few weeks later, we opened up the space again and had a frame window installed (one that doesn’t open) to bring additional light to the space. Without the window trim, the opening looked pretty boring. While there is nothing wrong with a simple windowsill and sheetrock framing the opening, I knew that the clean and modern appearance needed a bit more of a cohesive look. Without the finishing touches the window would seem like an afterthought. And so, weeks of looking at ideas online encouraged me to step it up a little and frame out all the windows in the house. Thanks to the DIYZ app, we learned in a matter of minutes how easy tackling this project ourselves would be. Side note: We’ve also used it for other projects like installing our sink, installing lighting, and more. 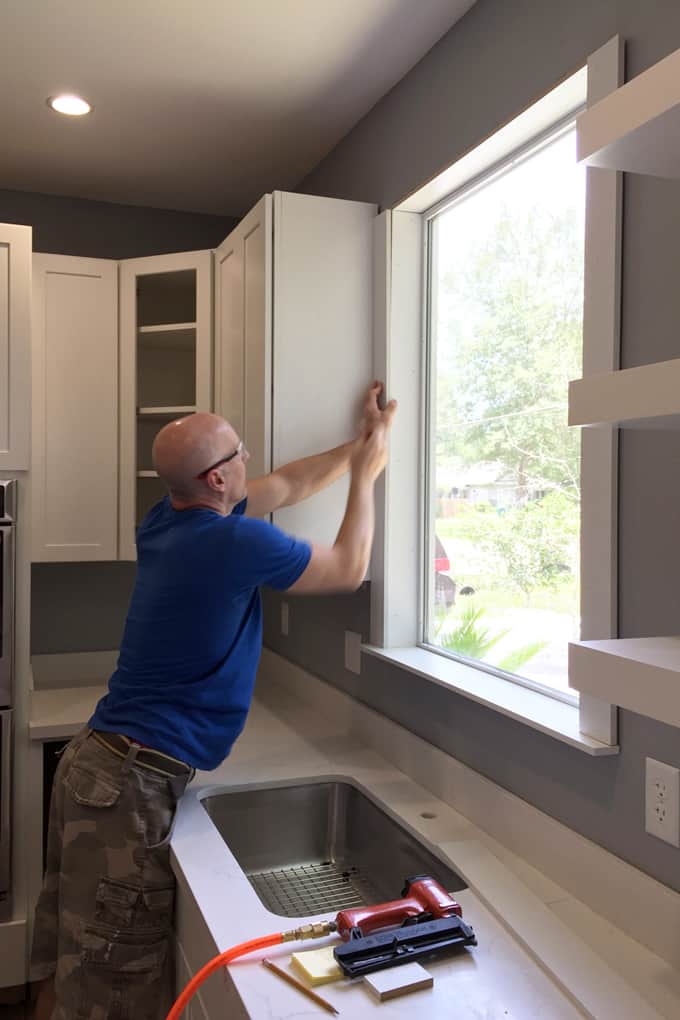 After installing trim on a few windows, it was my turn to get the caulk gun out and fill the gaps. I had to do this because our older house’s walls and framing are not straight and there are always some gaps in the wood. Plus, the nails need to be hidden before painting! After that, a few simple coats of high gloss paint and the window trim was done! 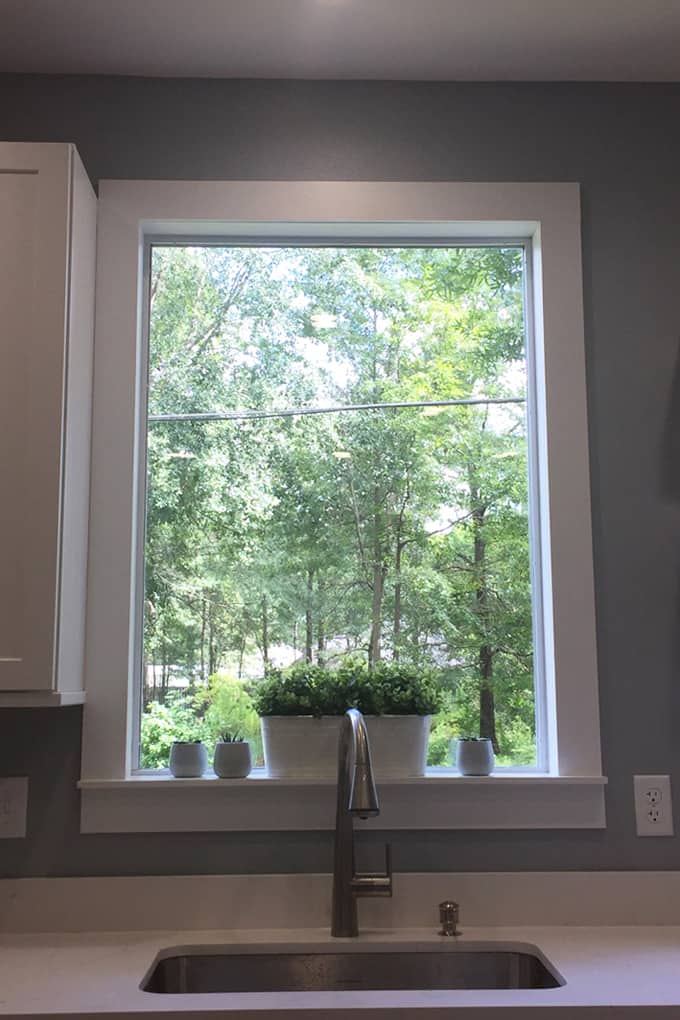 What do you think? Are there any windows that need sprucing up?

You download the free DIYZ app for your Apple or Android device, browse projects, get expert advice, and be inspired by simple how-to videos for your next renovation projects.