Perfectly soft and fluffy Cinnamon Pancakes with Homemade Cinnamon Syrup is soon to be your new favorite breakfast recipe that will warm you from the inside out!

While I love Cinnamon Roll Pancakes I wanted to switch up the recipe and make a Cinnamon Syrup drizzle instead of the cream cheese glaze.

The results were smashing, in a very good way. Fluffy pancakes, crispy on the outside and soft on the inside, drizzled with Cinnamon Syrup. BOOM! It’s like eating a cinnamon-infused cloud and that would be a dream come true.

Here’s everything you need to make these fluffy cinnamon pancakes:

How to make Cinnamon Pancakes

This recipe is my regular Fluffy Pancake Recipe but with added cinnamon and served with my homemade Cinnamon Syrup. Best part, you probably have all the ingredients in your pantry now!

Once you’ve assessed and measured everything; combine the dry ingredients in one large bowl. Make a well or “volcano” in the middle, add the eggs, melted butter, and milk. Whisk. BOOM! You’re ready to cook. Bonus points if you had the pancake griddle heating.

There is nothing like homemade pancakes from scratch and they’re so easy to make. If you like to keep ready-made pancake mix on hand, you can double/triple the dry ingredient recipe, store it in a zip bag labeled with recipe directions, and keep it in the pantry.

How to make the Perfect Fluffy Cinnamon Pancake

There are two important steps to getting perfectly tall and fluffy pancakes!

Don’t overmix the batter
Sometimes we can get a little stir-crazy when it comes to pancake batter but this shouldn’t be the case. You do want to mix it until smooth but leave a few lumps. If you see bubbles in the batter, you are on your way to fluffy pancake heaven. If not, check your baking powder, it could be expired.

Use baking powder
Baking powder is what causes pancakes to rise so make sure you are using fresh baking powder. Anything older than 6 months needs to be tossed!

But to really see how it all comes together, watch this quick video.

Can you freeze Cinnamon Pancakes?

As with any of my pancake recipes, yes! After you finish doubling the batch, allow extra pancakes to cool down to room temperature before placing in a zip bag. Freeze for up to 3 months and reheat in the microwave for instant pancake access.

What to put on Cinnamon Pancakes

You could top a tall stack of Cinnamon Pancakes with chopped apples, sliced bananas, or peanut butter, but you’ll most definitely NEED my Homemade Cinnamon Syrup.

You won’t find it on grocery store shelves but this recipe takes less than 2 minutes and 2 ingredients to make and will last you for many batches of pancakes!

If your family is like mine and ga-ga for pancakes here are a few more recipes to feed the obsession:

Tell me, what are some of your favorite ways to use cinnamon in your recipes?

Perfectly soft and fluffy Cinnamon Pancakes with Homemade Cinnamon syrup are easy to make and soon to be your favorite breakfast recipe. 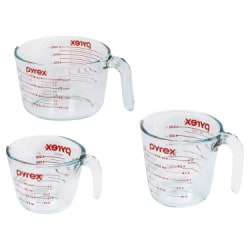 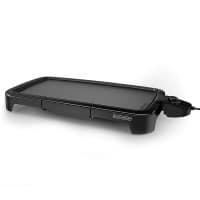